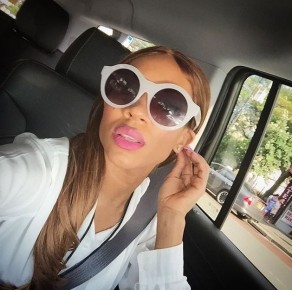 The rapper, whose real name is Niatia Jessica Kirkland, was stopped for speeding at Fifth Avenue and West 135 Street around 4 a.m.

The rapper was charged with driving with a suspended license.

She was driving 38 mph in a 25 mph zone when she was stopped, police said.

The rapper was raised in Brooklyn and Harlem. She is best known for her 2008 hit “Lip Gloss,” and for portraying hip-hop trio TLC member Lisa “Left Eye” Lopes. (ABC 7 NY)