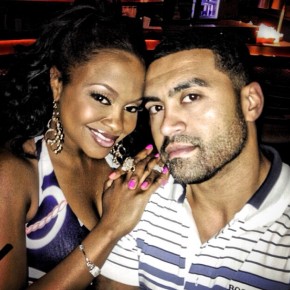 ‘Real Housewives of Atlanta’ star Phaedra Parks has remained relatively mum since her husband Apollo Nida was sentenced to eight years in prison in July, but Dish Nation has learned she will open up for the first time in an interview with Ellen DeGeneres later this month!

“I can confirm Phaedra will be doing an exclusive interview with Ellen DeGeneres on October 14 that will air on October 15,” the reality TV star’s rep, Steve Honig, told Dish Nation.

“She will be very candid about what happened with Apollo, her life now and plans for the future.”

On Sept. 10, Nida was ordered to check into the FMC Lexington prison in Kentucky but instead showed up unexpectedly to Parks’ home in a blind fury, leaving the Atlanta-based attorney shaken up.

Nida checked himself in the next day.

“Phaedra is eager to set the record straight and have a candid, no-holds-barred conversation with Ellen,” Honig exclusively told Dish Nation.