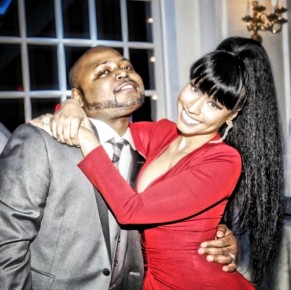 Jelani Maraj, the older brother of rap superstar Nicki Minaj, is being accused of allegedly raping a 12-year-old child. Maraj a Long Island resident, was arrested and booked on rape charges Thursday.

Jelani Maraj, 37, of Baldwin, was arraigned Thursday on first-degree rape and first-degree course of sexual conduct against a child, according to online court and jail records. The child is 12, according to the source.
Bail was set at $100,000, said the Nassau district attorney’s office, which declined to comment on the case, including the circumstances of the case, the age of the child and how the matter came to authorities’ attention. (NewsDay)

Maraj was freed from the Nassau County jail in East Meadow on $100,000 bail. If convicted, Maraj could serve up to 25 years in prison for each charge.