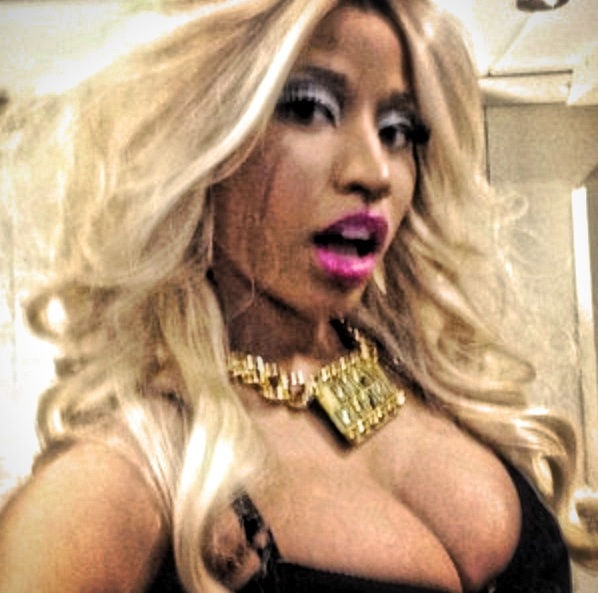 Earlier in the week DJ Khaled went on MTV and asked Nicki Minaj to marry him (isn’t she already engaged to her hype man). I don’t know if it was a joke, if he was high, or if it was some kind of publicity stunt. Needless to say he asked her for her hand in marriage via video.

“Nicki Minaj, I’m at MTV, I want to be honest with you. I love you. I like you. I want you to be mine. I’m here at MTV because it’s a world wide network and the only reason I’m not telling you this face-to-face is because I understand that you’re busy. I’m gonna be honest with you, I want to marry you. … Nicki Minaj, will you marry me? We got the same symptons, we both suffer from success.”

The YMCMB princess (and DJ Khaled label mate) has reportedly responded to the proposal by filing a restraining order against Khaled ( damn, she coulda just said no…talk about insult to injury).

As if this story couldn’t get any more bizarre, just one day after DJ Khaled embarrassed himself by broadcasting a wedding proposal to Nicki Minaj, the Young Money super star has responded by reportedly filing a restraining order in the state of New York, where she resides. According to Reports, this isn’t the first time Khaled has professed his infatuation with Nicki, the DJ has allegedly sent Nicki flowers in the past, as well as random packages, and constantly shows up to her concerts all across the country, according to the report.