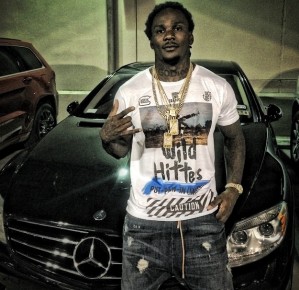 Former New York Jets and Tennessee Titans running back Chris Johnson is in the hospital recovering from being shot in a drive-by shooting that occurred early Sunday morning that injured one of Johnson’s friends, and claimed the life of a another. The incident took place in Johnson’s hometown of Orlando, Fla.

The shooting took place at about 4:09 a.m. at the intersection of Southland Boulevard and Orange Blossom Trail, several blocks north of the Florida Mall, the Orange County Sheriff’s Office said in a statement.

Deputies responded to a shooting call and arrived to find a Jeep the driver dead inside and two other men with gunshot wounds on the sidewalk.

The victims, Reggie Johnson and Chris Johnson, both 29, said that an unknown vehicle pulled up beside them at the red light and opened fire into the Jeep, deputies said.

The relationship of the victims was not listed.

The investigation into the case was ongoing. (Orlando Sentinel)

Johnson is officially a free agent Tuesday after the Jets declined his option earlier this month. Johnson had been training in Los Angeles, and went to Orlando for the weekend. He had been planning to return to Los Angeles on Sunday night.