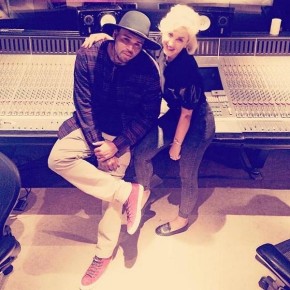 Chris Brown and his understudy Joelle James wants  you to scream, as they collaborate on their new single featured on comedian Kevin Hart’s Chocolate Droppa Mixtape. The mixtape was released a couple days ago, but one of the singles that stood was Scream by Chris Brown and  Joelle James. Some other notable features include Big Sean, 2 Chainz, Trey Songz, Migos, T.I., Lil Yachty, Wale, and Nick Jonas.

Chris Brown – “On my darkest days,” sings Brown. “Girl, when I can’t seem to find a little piece of mine / Can you scream my name?”

Joelle “Lately, I just feel like giving up,” she sings. “Lately, everything has been too rough / I know you’re missing all of my calls / I let you see all of my flaws.”

The single “Scream” can be streamed here!