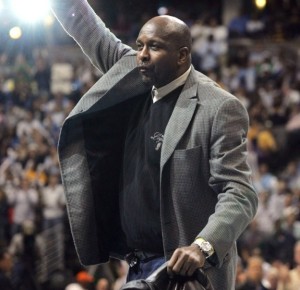 NBA legend Moses Malone has died in his sleep in Norfolk, Va. He was 60. Malone was one of the first players to go from high school straight to the pros. He was drafted by the Utah Stars and signed a seven-year, $3 million contract. 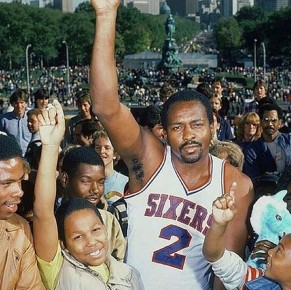 Det. Jeffrey Scott of the Norfolk Police Department confirmed that Malone died in a Norfolk hotel room. He said there was no indication of foul play. Malone’s body was discovered when he failed to report to a celebrity golf tournament in which he was scheduled to play.

“We are stunned and deeply saddened by the passing of Hall of Famer Moses Malone, an NBA legend gone far too soon,” NBA commissioner Adam Silver said in a statement. “Known to his legions of fans as the ‘Chairman of the Boards,’ Moses competed with intensity every time he stepped on the court.

“… He was among the most dominant centers ever to play the game and one of the best players in the history of the NBA and the ABA. Even more than his prodigious talent, we will miss his friendship, his generosity, his exuberant personality, and the extraordinary work ethic he brought to the game throughout his 21-year pro career. Our thoughts are with Moses’ family and friends during this difficult time.” (ESPN)

Malone was drafted by the Utah Stars of the ABA in 1974. He played a season with the Stars, and a season with the Sprits of St. Louis before going to the NBA in 1976. Malone played for five seasons with the Houston Rockets before joining the Philadelphia 76ers in 1982. The Sixers won the 1982-83 NBA championship. He also played for Washington, Atlanta, Milwaukee, Philadelphia again and eventually San Antonio, ending his career in the 1994-95 season.

Malone was inducted into the NBA Hall of Fame, and was named one of the 50 greatest NBA players.