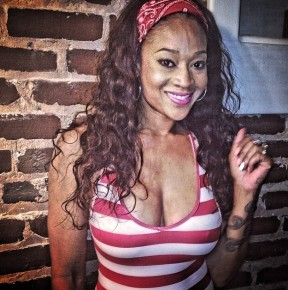 We FINALLY get a little bit of clarity and some truth from Mimi faust tonight with the upcoming episode of ‘Love & Hip Hop Atlanta.’

Sitting down with Erica and Arianne, Mimi finally spills the beans on the ‘private’ sex tape made with her boyfriend Nikko:

“What about the production of that tape though?” Arianne asked. “Cuz that was just not no f—ing tape.”
“It wasn’t a homemade tape,” Erica chimed in.

Her reality TV friends quickly read between the lines and realized that what Mimi was actually saying is that the original tape is not the one that was released by Vivid.

“Yes, Mimi replied. “The company said, ‘We don’t have enough footage,’ because it has to be a certain amount of footage for the tape to sell.”

To make the tape longer, Mimi says she and Nikko got together and filmed additional footage. As for she didn’t just reveal all of this when word of her sex tape first got out, Mimi had this to say:

“I didn’t feel like I needed to divulge all of that information.”