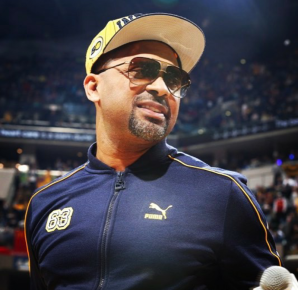 Comedian Mike Epps and another man was arrested over the weekend for allegedly attacking a tourist at Harrah’s Casino early Saturday, New Orleans police said.

Epps and a friend allegedly attacked a guy in the Harrah’s Casino around 4 AM Saturday. The alleged victim says he was walking through the casino when he spotted the comedian and said, “Oh, Mike Epps” … according to The Advocate.

The man claims Epps and his friend started hitting him in the face. He ducked and covered until casino security came and called police. Epps and the friend, Thomas Cobb, were reportedly arrested for battery, and released on $1,000 bail.

There’s a warrant out for his arrest now for skipping his arraignment.