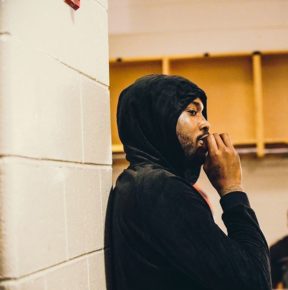 (Gossip-Grind) Meek Mill Sentenced To 2 To 4 Years In Prison For Violating Probation:

Meek Mill was sentenced to 2 to 4 years in prison by a Philadelphia judge Monday for violating his probation from a drug and gun case.

Meek was in a Philadelphia court Monday when the judge ruled he’d violated probation from his 2009 drug and weapons case by getting busted for a St. Louis airport fight … and his reckless driving arrest in NYC.

Even though both cases were dropped, the judge said the arrests alone were violations — and gave Meek 2 to 4 years in prison. He was immediately remanded into custody. (TMZ)

“I’m human. I’m not perfect,” Mill told the judge. “I’m asking for mercy. You gave me the ladder to do what I have to do to prevail in my struggle. I made it this far, I can’t really go back and start over.”

The judge said Meek’s sentence would be served in state prison where he would be eligible for state parole supervision after two years.

Prosecutors nor Mill’s probation officer recommended that Meek be imprisoned for the probation violations, noting he’s been off drugs since January and has complied with most requirements of probation, so the harsh sentence came as a shock to