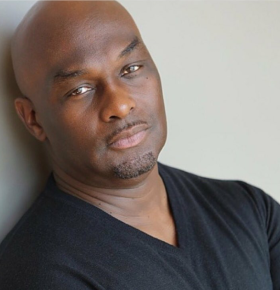 Prayers and condolences go out to the family of Thomas Mikal Ford, the actor best known for his role as “Tommy” on hit 90’s sitcom Martin passed away Wednesday in a Atlanta hospital after an aneurysm burst in his abdomen. He was 52.

“It is with great sadness that we announce the untimely passing of our beloved son, father, brother, husband, and friend,” the family said.

For the past several weeks, Ford had been documenting his recovery from a knee replacement surgery on social media. TMZ reported early Wednesday that Ford had been hospitalized over the weekend when complications developed from his surgery and had been placed on life support.

Rumors of the actor’s death began circulating on social media after Ford’s friend, comedian Anthony Anderson, tweeted earlier Wednesday that the actor had died. Anderson later deleted the tweet, saying he was misinformed and instead requested prayers for Ford and his family. (NBC) 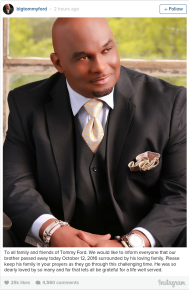 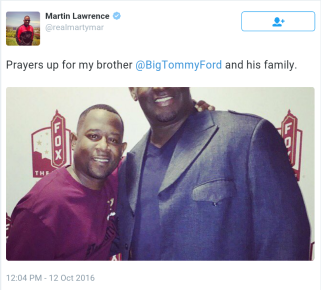