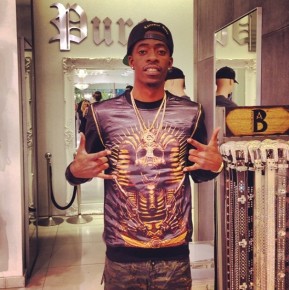 He was transported to OhioHealth Grant Medical Center, where he was pronounced dead at 5:21 a.m.

Frazier’s family, who lives on Miller Avenue, declined to speak to a reporter, and police didn’t provide a motive or other details about the shooting.

Rapper Rich Homie Quan performed at the club on Saturday night, according to his website and Twitter feed.

He also performed at the Red Zone on Nov. 9. A man was shot twice in the back there in the early hours of Nov. 10. Freddie Johnson, Jr., 27, was shot at close range in that shooting, according to WBNS-TV (Channel 10).