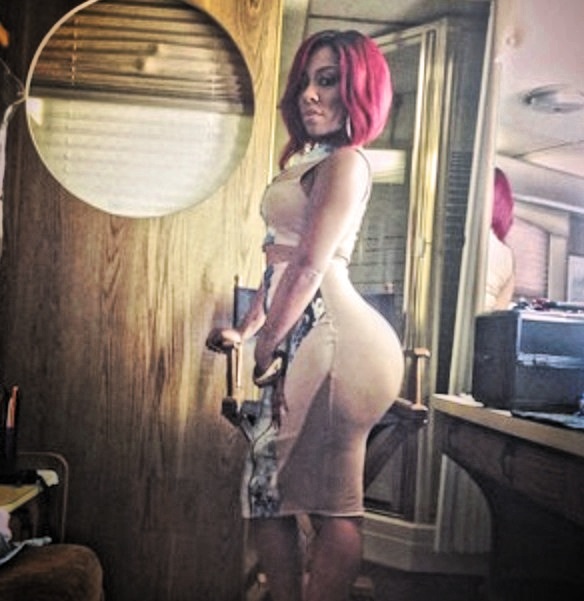 If you watched the final episode of Love and Hip Hop Atlanta you already know that r&b star K Michelle is moving to New York City (possibly joining the cast of Love and Hip Hop New York)…the problem is, she didn’t pay her rent in Atlanta before she left town and her landlord wants his money. K Michelle’s landlord filed an eviction notice against her for failing to pay her last two months of rent.

According to The Atlanta Journal Constitution:

The filing to Fulton County magistrate court says she owes $6,450 (plus late fees), plus an additional $1,250 in filing and administrative fees. The paperwork said she had not paid June or July rent. (Her monthly rent was $2,400.)
I don’t know the name of the landlord, who is based in Venezuela, but the broker listed on the filing is Jason Lapene. I reached out to him and he said she rented the Atlanta apartment in October but wanted out early.
He said he was willing to let her get out of her lease early without penalty if she’d let him rent it out as quickly as possible.
“I was trying to accommodate her,” Lapene said today. “But she just disappeared and didn’t give me the keys. I don’t even know what the deal is. She didn’t tell me she was leaving and made it difficult for me to sell the unit. She made it miserable for me.” 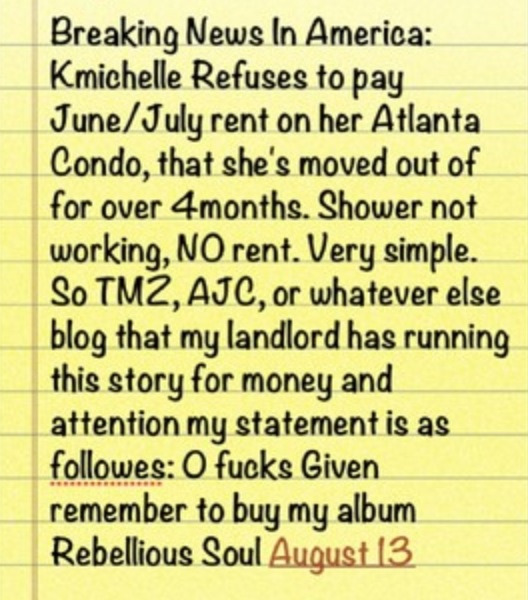