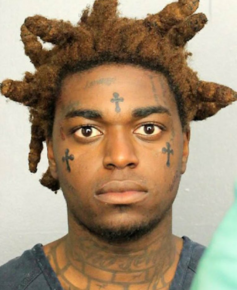 South Florida recording artist Kodak Black, was arrested Thursday by the Broward Sheriff’s Office. The rapper, who is known for the songs “No Flockin” and “Tunnel Vision,” livestreamed the police raid on his home.

The Broward Sheriff’s Office arrested the 20-year-old rapper, whose real name is Dieuson Octave, on Thursday. During a hearing Friday, Judge Joel Lazarus ordered him held in jail because he was already on probation.

Jail records show Octave was booked into jail Thursday night. He’s also charged with grand theft of a firearm, possession of a firearm by a convicted felon and marijuana possession. No further details were immediately available.(ABC News)