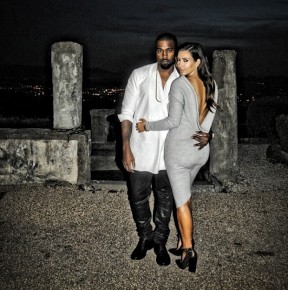 Kanye West wants to work with Rita Ora, but Kim Kardashian has warned him – “That will only happen, over my dead body!”

The Yeezus star is a big fan of the English-based singer. Kanye loves what Rita did with Iggy Azalea on the track “Black Widow” and she’s close to his good friend Jay Z.

However Kim still thinks the “I Will Never Let You Down” singer is the reason her brother Rob is suffering from weight and esteem issues after she allegedly cheated on him in 2012. 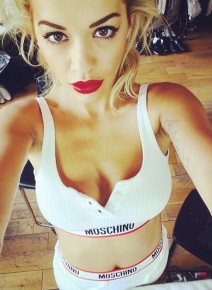 “There is no way Kim will let Kanye anywhere near Rita,” a source tells Dish Nation.

“After all the hurt she caused Rob – cheating on him and ditching him without an explanation – Kim just doesn’t like her. She thinks Rita is the cause of Rob’s depression, and is ever-escalating weight problems.”

According to the source, other Kardashian family members, including mom Kris, have asked Kanye to avoid working with Rita — ever.

But Kanye doesn’t seem to care about hurting his brother-in-law’s feelings.

“Kanye thinks Rob needs to man up. He really believes that he could write a big hit with Rita and his ‘art’ always takes precedence. But so far Kim is winning this battle. She told him that a duet with Rita is a big no-no.

“He understands Kim’s wishes, and he’s going to let this go — for now. But Kanye has the perfect song already written and it’s tailor made for Rita.”