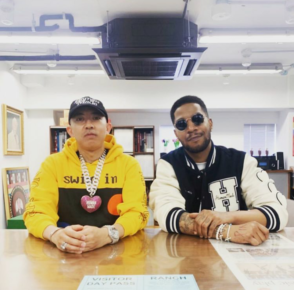 Hot off the heels of its highly successful Chicago debut this summer, ComplexCon is heading back to its West Coast roots for the 4th annual ComplexCon Long Beach festival, taking place Nov. 2-3, 2019, at the Long Beach Convention Center. Grammy Award-winning artist and producer Kid Cudi will serve as the headliner of this year’s fest performing on Saturday, November 2nd, with more musical performers and celebrity panelists to be announced soon.

The announcement comes as Kid Cudi is also revealed as the September cover of Complex’s digital magazine alongside Nigo, the streetwear icon who founded Bape in 1993 and has since left the brand and gone on to launch and design Human Made. The cover inspiration comes from Cudi and Nigo being “originators,” having influenced their respective genres – music and fashion – and birthing a new generation of the biggest names in pop culture. The cover shoot marked the second time the two men met, the first time being when Cudi worked at Nigo’s Bape store in Soho.

Kid Cudi will undoubtedly light up the ComplexCon stage just like his predecessors, including DJ Khaled, Jaden Smith, MIA, Young Thug, N.E.R.D, Lil Baby, Tinashe, Gucci Mane, A$AP Ferg, and Future, to name a few. Ever since dropping his first mixtape in 2008, Kid Cudi has amassed a cult-like following. As of 2019, he has released six studio albums as a solo artist and has sold a combined 20 million singles. Cudi has worked with numerous music icons, including Jay-Z, Mary J. Blige, Kanye West, David Guetta, Shakira, Snoop Dogg, and more.

Music superstar and fashion icon Pharrell Williams returns for the 4th year as host committee chair of ComplexCon Long Beach. He’s joined by internationally prolific contemporary artist Takashi Murakami, who also returns to ComplexCon as a member of the host committee and the mastermind behind the event’s brand identity, overall design, and aesthetic experience.