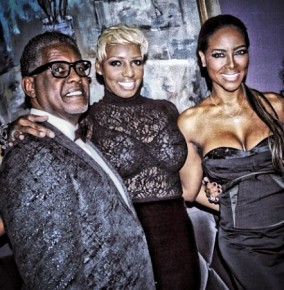 In the new issue of In Touch on newsstands now, Kenya Moore sounds off on her Real Housewives of Atlanta costars – speaking especially open on how she feels about fellow cast member, NeNe Leakes.

Kenya was shocked when her former pal NeNe proclaimed on camera that she was “on a different level” than her RHOA costars. But the former Miss USA isn’t taking the diss to heart.

According to Kenya, NeNe is nothing more than a “former stripper” and when asked if she will watch NeNe compete on this season of Dancing With the Stars, Kenya told In Touch, “I’ll turn it on if I want to go to sleep.”