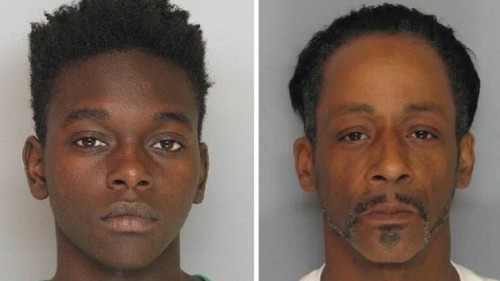 Katt Williams has once again been arrested. On Wednesday Williams was charged with disorderly conduct for fighting 17-year-old Luke Wash. The video of the fight, shot last week at a pickup soccer game went viral.

Williams threw the first punch and Wash quickly wrestled the pint sized comedian to the ground. Wash, who witnesses say provoked the fight, was also arrested and will be charged as an adult.

Gainesville PD in Georgia tell TMZ … officers showed up at Katt’s house and arrested him. As we told you, an arrest warrant was issued on Monday. Katt was booked around 2:30 PM, and will be held until his court appearance Thursday.
You’ll remember … Williams was seen in a video last week punching 17-year-old Luke Wash after a soccer game. Both Katt and Wash were charged with disorderly conduct.
Luke turned himself in on Monday. (TMZ)