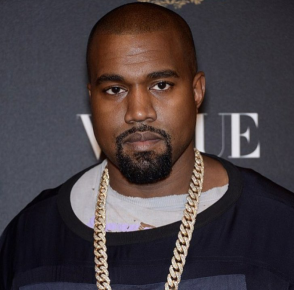 Kanye West is worn out.

On the heels of news that the Grammy-winning rapper hascancelled the remainder of his Saint Pablo Tour, E! News has learned exhaustion is to blame.

According to a source, the star has been working around the clock on fashion design, both on his own line and his adidas line. As a notable workaholic, balancing his projects and the demands of the tour every night has been a challenge for the star.

Since the tour began in late August, the father of two has been traveling around the country and Canada to bring his music to fans.

However, being on the road and away from his young children and wife Kim Kardashian—particularly after the reality star's robbery in Paris in early October—has taken a toll. E! News has learned all the time spent away from his family has been a stress on West as he considers them the most important.

As a second source told E! News, sales are not to blame for the cancellation. "Sales have been amazing," the insider added.

Sales were so good that fans may recall the rapper originally extended the North American tour into late October with five extra dates due to initial high demand. He later added an additional leg through December.

However, on the night Kardashian was bound, gagged and robbed during Paris Fashion Week, West abruptly ended his performance that night and rescheduled two more shows that month to be with his partner.

"My voice is so hoarse," West explained at the time. "I can't finish the show...I can't let y'all have a show where I can't perform for you." The crowd initially booed before chanting the rapper's name. "I'm very sorry. I love you," he said. "I'll give everyone a refund. I'll do better next time."

Then, during Saturday's make-up date, West arrived late, performed for 30 minutes and ranted about Beyoncé and Jay Z before leaving the stage early. The rapper's performance scheduled for Sunday was subsequently canceled.

By Monday, the rapper surprised fans when the rest of the tour was called off, too. According to the original schedule, the tour would have taken West to a handful of major American cities, including Dallas, Washington, D.C. and Philadelphia before concluding in Brooklyn at the Barclay's Center on New Year's Eve.

"The remaining dates on the Saint Pablo Tour have been canceled," a rep for West told E! News in a statement. "Tickets will be fully refunded at point of purchase."