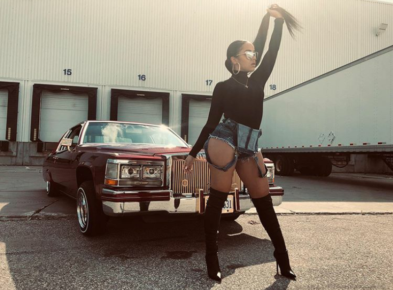 KANDY K is a singer, songwriter and one of the hottest female MC’s coming out of the city of Toronto. Just last year, Kandy released her solo EP entitled “P.U.S.H”– Pray Until Something Happens.
While incorporating the influences of
Toronto, New York, and Miami, Kandy
has demonstrated her versatility and
mixed sound, turning everyone into a fan.
Not to mention, in less than two days of
Kandy’s EP Release, she was featured #40 on iTunes Top 100 Charts in Canada.

Following the recent release of her newest single out now,“Plenty” Kandy just dropped off the official video for the track. Shot in her hometown of Toronto, Kandy pays homage to the male hustlers and go-getters out on their grind. She directed the visual alongside her videographer “TRU ONDA BEAT.”