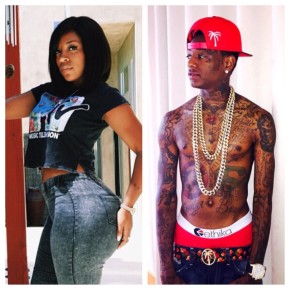 Reality tv stars K. Michelle and Soulja Boy had a war of words last night on Twitter that kept Love and Hip Hop fans thoroughly entertained. The beef between the two developed when Soulja Boy allegedly said in an interview that he had sex with K. Michelle.

During a recent interview with The Breakfast Club, K. Michelle denied allegations that she had sex with the Love and Hip Hop Hollywood star, and had this to say:

“Let me tell you something, Soulja Boy – cause I know you’re gonna hear this – What you’re not gonna do is lie on my hot pocket. When I do something, I say I did it and that’s what it is. So that giggling, we don’t want to giggle about that transgender in Atlanta. Giggle, giggle, now crank that.”

Soulja Boy took to Twitter last night where he repeatedly dissed K. Michelle, she responded, and the two went blow for blow. Check out their Tweets below. 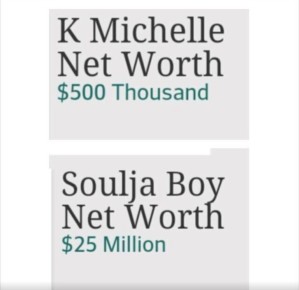