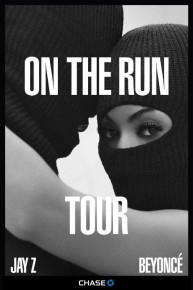 (Gossip-Grind News) Jay Z And Beyonce Going On Tour Together:

Mr. & Mrs. Carter have just announced that they will be coming to a stadium near you soon. On The Run, is the name of the tour, which is being sponsored by Chase.

The tour begins on June 25th in Miami, Florida and will be end August 5 in San Francisco, California. We’re sure that this show will be sold out in no time.

It’s being reported that Chase members and Beyonce Fan club members will get first dibs on tickets, which will be made available to them tomorrow April 29th.

Check out tour dates for Jay Z & Beyonce below: