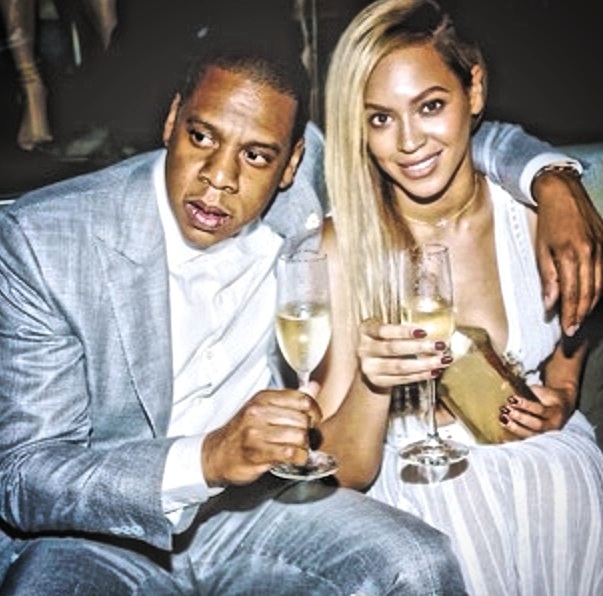 Jay Z may have 99 problems…but money ain’t one. The hip hop mogul and his pop star wife earned a combined $95 million between June 2012 and June 2013 placing them in the top spot on Forbes Highest-Earning Celebrity Couple list for the second year in a row.

The achievements of the Carter family are noteworthy, especially when you break apart their careers. Jay Z hit it big with he and Kayne West’s collaborative Watch The Throne album and a world tour that netted him $1.4 million per performance. Not to be outdone, Beyoncé and her recent “Mrs. Carter Show” world tour pulled in a gross of $2 million at the gate. There’s even more cash coming towards Hov’s direction after selling his minority ownership in the NBA’s Brooklyn Nets and reportedly gaining $1.5 million for his share of the Barclays Center.

As previously reported, Jay has to rid himself of the ownership stakes in order to keep things legal with the launch of his Roc Nation Sports agency. Beyoncé also keeps several streams of revenue jumping with her House Of Deron clothing line and a fragrance collection. The savvy parents also trademarked toddler daughter Blue Ivy’s name for use on products in the future should they desire that.

Right behind them, just like last year, is New England Patriots quarterback Tom Brady and his supermodel wife, Giselle Bundchen who earned $80 million in the same time period by Forbes’ estimates. Rounding out the top three highest-earning couples list are Hollywood stars Brad Pitt and Angelina Jolie who earned an estimated $50 million.