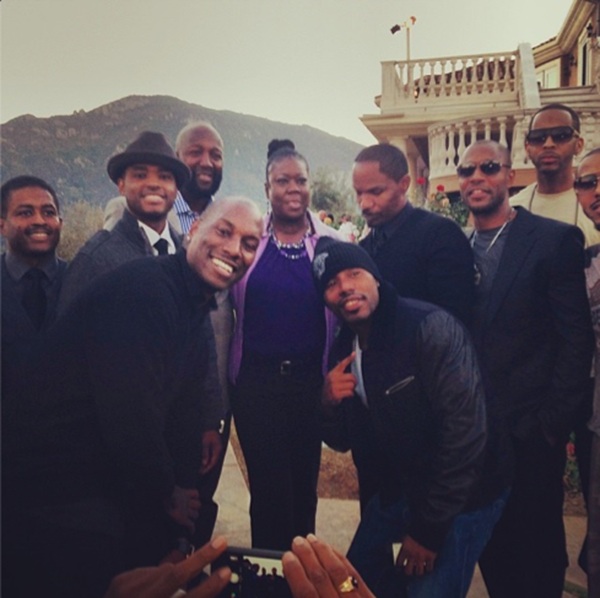 Jamie Foxx’s hosted a Trayvon Martin fundraiser at his crib this weekend.

Trayvon’s parents, Tracy Martin and Sabrina Fulton, along with his brother Jahvaris, were there to receive a six-figure donation from Russell Simmons while legendary actor Harry Belafonte gave a speech to the crowd.