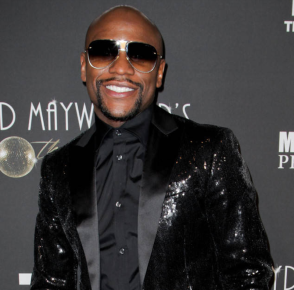 That was one knockout of a party.

In celebration of his 40th birthday, world champion boxer Floyd Mayweather threw himself a bash as big as his career Saturdaynight in Los Angeles.

“He was smiling and enjoying all the attention,” a source told E! News.

There was no denying who the party was for as Mayweather’s face was everywhere. At the entrance to the party, guests were greeted by a money tree covered with hanging fake $100 bills with his face on them while larger portraits of the birthday boy hung on the walls.

The larger-than-life boxer had an equally packed guest list. While the room was meant to only accommodate 300 people, upwards of 1,300 attendees crowded into the ballroom. In addition to an open bar, guests enjoyed hamburger sliders and mini BBQ chicken sandwiches. 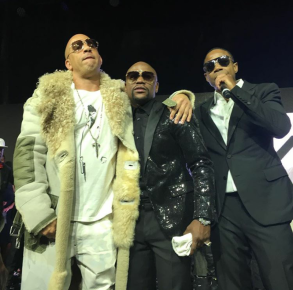 As for decor, the boxer had cages with white Bengal tigers inside the room. The guest of honor had his own staged area in the middle of the space complete with a golden throne and surrounded by security guards, though he was rarely seated.

Instead, the 40-year-old enjoyed performances from his famous friends, including the former New Edition singer, K-Ci and JoJo, Tyrese and Doug E. Fresh. Fresh performed a medley of hits he called “the soundtrack to Floyd’s life,” including “December” by Earth, Wind and Fire and “Just a Friend” by Biz Markie.

Bieber also took the stage to entertain the crowd with his top songs, “Where Are Ü Now” and “What Do You Mean?”

“I love this guy…I look up to him,” he said in front of the audience. “Give it up for Floyd Mayweather, the champ.” 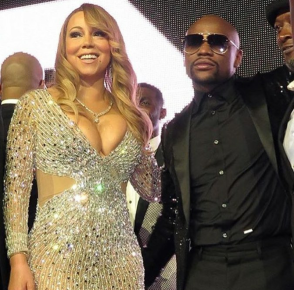 Soon, it was time to cut the cake. Mariah Carey flew in from Dubai to attend the party and serenade the athlete with “Happy Birthday.” The Grammy winner arrived with beau Bryan Tanaka and sported a crystal-embellished silver gown with a plunging neckline. “She looked great and seemed very relaxed,” the source added.

“Would only fly 18 hours for your #birthday,” Carey wrote on Instagram.

Mayweather marked the occasion with a six layer cake covered with pictures of him throughout his life. The creation was from Bree’s Cakes, a favorite of stars like Chrissy Teigen and Khloe Kardashian.

“The cake took about 72 hours to make. It had to be transported in two pieces because it was too tall to fit in my SUV,” Bree Miller of Bree’s Cakes told E! News. “It had over 12 feet of swarovski crystals on it… and it was loaded with over a hundred personal photos ranging from childhood to now showcasing the 40 years of Floyd.”

Cheers to 40 more—and then some! 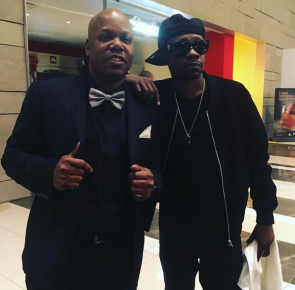 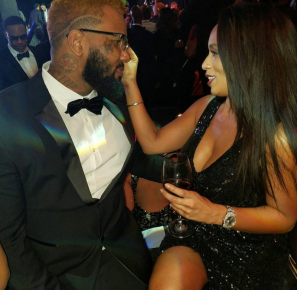