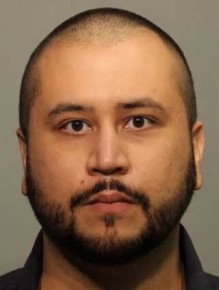 George Zimmerman is back in trouble with the law once again. Zimmerman, who was acquitted by a Florida jury over the death of unarmed teenager Trayvon Martin, was arrested Friday in Lake Mary, Fl on suspicion of domestic violence with a weapon, local authorities said.

The 31-year-old was booked just after 10 p.m. on charges of aggravated assault with a weapon. He is being held without bond and will appear before a judge at 9 a.m.
We are working to find out who else was involved in this incident.

In November 2013, deputies were called out to an Apopka home after they said he cocked and pointed a shotgun at his girlfriend Samatha Schiebe and then barricaded himself inside. The incident came after Schiebe said she ordered him to move out.

Two months before, Zimmerman was involved in a dispute with his estranged wife Shellie, days after she filed for divorce. (News 13)