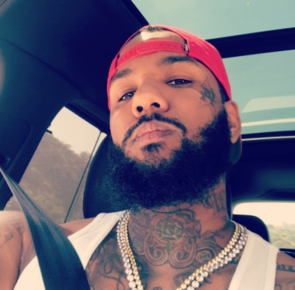 (Gossip-Grind) The Game Has His Own Line Of Vape Pens:

Ever since marijuana became legal in California, rapper’s have found ways to get paid from it. Wiz Khalifa, Cypress Hill’s B-Real, Wu-Tang Clan’s Ghostface Killah, Snoop Dogg, and Kurupt have all made their foray into the cannabis industry, Los Angeles based rap star The Game is no exception.

The Game, born Jayceon Terrell Taylor, already has his own cannabis brand, and is co-owner of The Reserve dispensary in Santa Ana, Ca. Now Mr.Taylor has signed a deal that will have him selling his own line of vape pens.

The rapper’s teaming with LINX Vapor to make the gear, which they’re calling LINX x TREES by Game. He already has a brand of cannabis called TREES … so, pretty easy to follow the name choices. Even if you’re high.

Game’s scoring $3.5 million for a 3-year licensing deal. And we’re told he’s projected to make another $15 to $20 mil over that period because he has a 10-percent stake in company profits.(TMZ)

Another multi-million dollar deal in the mf bag…. spending this money finna be a breeze lol… 2018 about to be super litty with @LinxVapor I can’t wait til 4/20 to get everybody involved….. f%?k wit me & it’s always gone be money to be made !!!! #TreesByGame x #VapeLife #LinxVapor #LinxLife