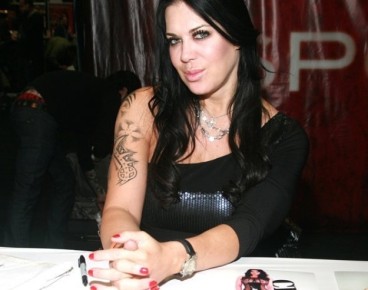 Joanie Laurer, better known as the professional wrestler Chyna, has died at age 45, according to her official website and World Wrestling Entertainment. Police found her body at her home in Redondo Beach, Calif., on Wednesday.

Police in Redondo Beach, California, confirm that Laurer, 45, was found dead in her apartment on Wednesday. Police say they were notified by a friend who went to check on her and found Laurer unresponsive. The cause of death is under investigation, but police say there are no signs of foul play. (CNN)

There are no indications or signs that the death was a result of foul play,” Sergeant Freeman said in a statement. “From the preliminary investigation, it appears that the deceased passed away prior to being discovered by the friend.”

Chyna’s friends and family say they weren’t shocked by the news of her death, as she had battled substance abuse and emotional issues for much of her life.

A source tells the TMZ that Chyna was dead for “a day or two” before her body was discovered.