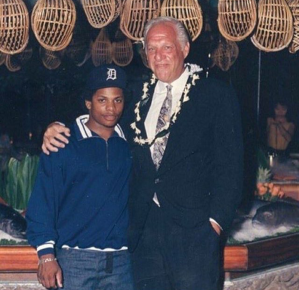 Heller’s cousin, Gary Ballen, said Heller died Friday night at a hospital in Thousand Oaks, California, after suffering a heart attack while driving earlier in the day. His vehicle struck the back of a mini-van and he was taken to Los Robles Hospital, where he died just before 10:30 p.m., a coroner’s official confirmed to CBS Los Angeles. (CBS News)

Heller started his career in the 1960s, and spent two decades working as an agent and tour promoter for artists such as Marvin Gaye, Kraftwerk, the Who, Pink Floyd, Creedence Clearwater Revival, and others.

In 1987, Heller met gangsta rap pioneer Eazy-E and invested in the rapper’s Ruthless Records label while also taking on a managerial role for many of its acts. After the break up of N.W.A., group members Ice Cube and Dr. Dre publicly blamed Heller for the group’s demise.

Heller was portrayed by Paul Giamatti in the film Straight Outta Compton last year and took Universal and the producers to court, claiming that his portrayal in the film was false.