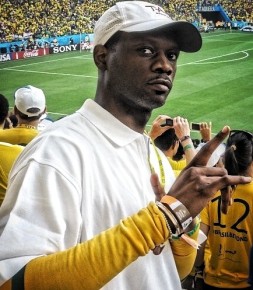 Pras Michel, formerly of the multi-platinum selling rap group Fugees, has filed a $30 million defamation lawsuit against the New York Post. The lawsuit was filed after the New York Post published an article that was headlined, “Ex-Fugee rapper bailed on his own 9/11 benefit concert,”

The article in question appeared on the NYP website on October 5 and reported that Pras didn’t show up as the headliner for a 9/11 charity event in Hell’s Kitchen to benefit his own foundation. The article also stated that Pras’ Hope for Them foundation bounced a check to the venue, had falsely claimed MTV was sponsoring the event and failed to register the charity with state officials.
In Pras’ complaint, filed on Wednesday in Broward County Court in Florida, Pras says he “has never owned nor been an owner, director or officer of the Foundation,” that he never guaranteed a performance at the event and that the event had nothing to do with 9/11.
Additionally, NYP reporter Isabel Vincent is said to have been told by the Foundation’s president before the article ran that “Pras is a good friend of the organization and supports our cause but is not a board member.”
According to the complaint, the newspaper’s reporters made no effort to follow-up on this to determine his role with the Foundation, and instead tarnished his reputation by connecting him to a charity that supposedly bounced a check and made other alleged misdeeds. (Hollywood Reporter)