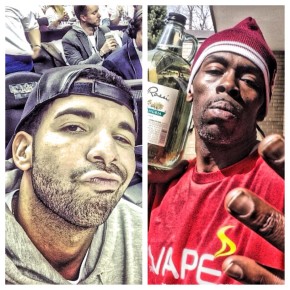 The beef between veteran West Coast rapper Rappin’ 4-Tay and Drake is officially over. TMZ reported that Drake gave 4-Tay a $100,000 payout for biting lyrics from 4-Tay’s 1994 hit “Playaz Club”.

4-Tay was offended that Drake didn’t give him credit for his verse on YG’s song “Who Do You Love” which clearly was stolen from 4-Tay’s song. No lawsuit was ever filed but a financial agreement has been reached between the rappers that will compensate 4-Tay for his work.

TMZ cited 4-Tay’s manager, Herman Watson, as its source, but in an exclusive phone conversation with HipHopDX, both 4-Tay and Watson say the number reported by the celebrity gossip site not even close to the actual settlement.

“The real number is sky-high” Watson says. “That [$100,000] they reported is a low-ass number. TMZ made it seem like It was a one time thing to shut him up. There’s also royalties involved, and continuous payment. This is forever. This is a part of his ‘Playaz Club’ package from here on.”

Rappin’ 4-Tay was celebrating the agreement and said that when it comes to Cash Money Records it’s all love.