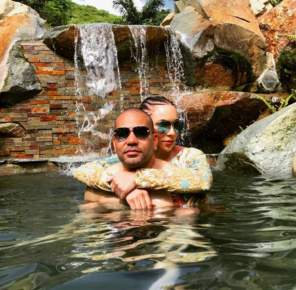 (Gossip-Grind) Did DJ Envy Get Caught Cheating On His Wife Gia Again?

DJ Envy, one third of the popular Breakfast Club morning show on New York’s Power 105 has found himself in a very compromising position. Envy, who is married to Gia Casey, has been allegedly having inappropriate conversations with an unnamed woman on Snapchat.

Screenshots of a sexually explicit (and embarrassing) conversation between the woman and someone listed in her contacts as DJ Envy had the following exchange:

DJENVY: Yeah. Lick my ass. What else

ME: I need u to relax
While I rub my toy up ur leg

ME: And I’ll lick ur ass to get is really wet
My 9.5 inch strap on
Get on ur knees and feel my nipples against ur back

Me: I’ll lick ur ear as I’m slowly sliding it in
can u feel the my nipples?

DJENVY: Yeah right. That nigga still sleeping
U had that nigga eating your ass
Did u strap on fuck him

ME: I know
Not picking up
No
Lol
That’s for none game nights 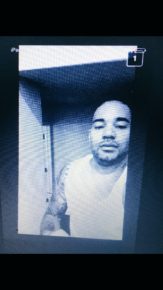 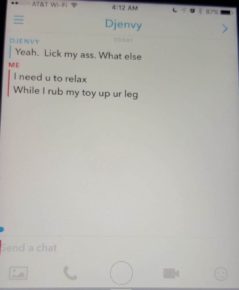 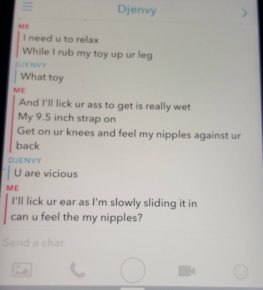 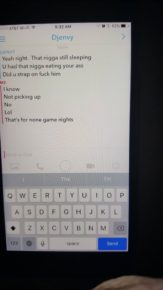 You would think that he would have learned his lesson a few years ago when he almost lost his wife and kids due to an extramarital affair with reality tv star Erica Mena. Envy, who plays the loving husband and doting father role very well publicly, has apparently continued to creep behind doors (if rumors are true).

Envy denied on-air this morning (Oct.26) that the screen shots were real while getting clowned by his Breakfast Club co-hosts Charlamagne Tha God and Angela Yee.