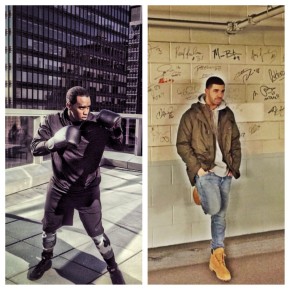 (Gossip-Grind News) Did Diddy Punch Drake Outside Of A Miami Nightclub?

According to our sources, Diddy confronted Drake just outside LIV nightclub — where they’d both been partying — and the topic of conversation was business. During the tete-a-tete, voices were raised and according to eyewitnesses … Diddy said, “You will never disrespect me” … and then clocked Drizzy.

Our sources say it was just the one punch — Drake was stunned, but not knocked out. One report said the fight was over Diddy’s girlfriend, but we’re told that wasn’t the case.

Drake famously fought with Chris Brown in June 2012 at W.i.P. nightclub in NYC, but that one was over a woman — Rihanna. (TMZ) 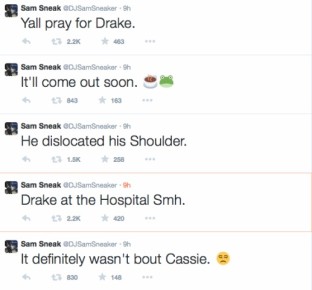