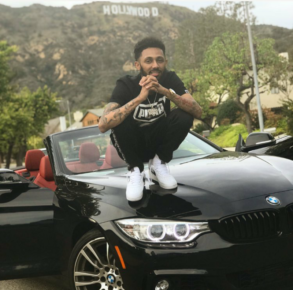 Rising Washington D.C. based rapper A1 Lil Tony was shot and killed in Waldorf, Md Tuesday night with multiple gunshot wounds. Police have no suspects in the shooting.

According to police, Harper got out of his car and was walking up to an apartment in the 2200 block of Stream Vista Place when the shooter came out and shot him multiple times.

“We are working on leads,” said Diane Richardson, a spokesperson for the Charles County Police Department. “He was targeted, this was not a random shooting.”

Police said Harper was dead when officers arrived on the scene.(WTOP)

The rapper, who is also known as Plug Son tweeted, “We going keep riding around wit dem glocks until we find dem niggas” at 9:27 p.m., about 30 minutes before the sheriff’s office said the shooting occurred.