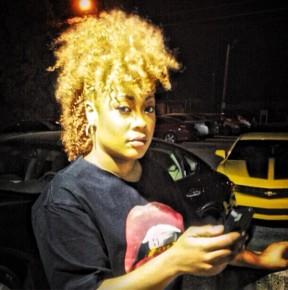 Da Brat, whose real name is Shawntae Harris, was sued by a former Atlanta Falcons cheerleader over allegations that Harris hit the woman with a rum bottle in 2007 causing permanent scarring. Harris served three years in jail for the attack.

Shayla Stevens — who used to cheer for the Atlanta Falcons — sued Da Brat in 2009, while the rapper was serving her prison sentence after pleading guilty to aggravated assault.

The civil trial hit a stumbling block Wednesday when a juror in the case admitted he wasn’t a U.S. citizen — but the new jury quickly reached a verdict today.