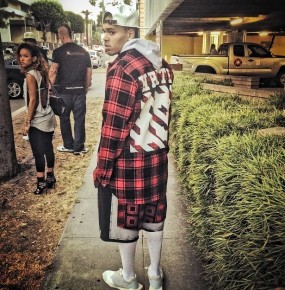 R&b superstar Chris Brown is going to be a very busy man for the next few months. The singer will be doing 32 hours of community service every week until January.

Chris appeared in court Thursday for a progress report in the Rihanna beating case and his community labor was upped to 4 days a week — so he can complete his remaining hours by January.

Typically, community labor sessions last for around 8 hours — and at 4 days a week … that means he’s one day shy of having a new full time job.

Chris’ therapist wrote a letter to the judge raving about his progress, saying he has his act together. The shrink says he’s following his “medication management.”

The judge also mentioned Chris violated his probation by breaking a law … speeding. He got a ticket, but seriously, cut the dude a break. (TMZ)