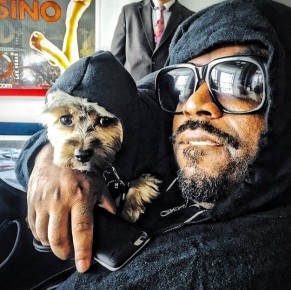 As a part of this new deal, CeeLo will open recording studios in both Atlanta and Las Vegas to work directly with the new artists that he signs to Mothership Entertainment Group, a name he chose to pay homage to his late mother and grandmother.

Fully funded by Sony Music, this new joint venture will be a creative A&R hub for Sony Music. Together, CeeLo and Sony will seek out numerous artists each year with the idea of CeeLo working closely with them to create “real, soulful music.” For additional support, Mothership will also be able to sign any of these artists to any of the labels within the Sony Music family. (This Is RnB)

The 41-year-old singer, who got his start in the music industry as a member of the rap group Goodie Mob, hasn’t had a hit since the 2010 smash F**k You. His latest release, Heart Blanche, was released on November 15.