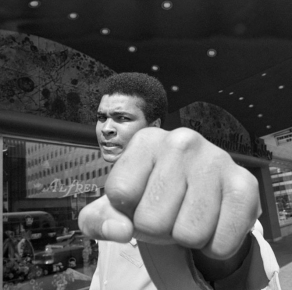 “The Greatest” has died. Boxing legend Muhammad Ali, the charismatic three-time heavyweight champion and humanitarian passed away Friday. Ali, considered by many to be greatest professional fighter of all time died in a Phoenix-area hospital, where he had spent the past few days being treated for respiratory complications. He was 74.

Ali had battled Parkinson’s disease since the early 80’s. The disease impaired his speech and made the once-graceful athlete a prisoner in his own body.

Ali’s funeral will take place in his hometown of Louisville, Kentucky, said his family.

Rest in peace Muhammed Ali. The Greatest of All Time.