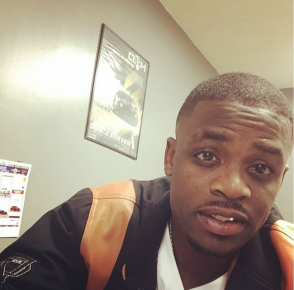 Paul Matthew Carter, better known as Birmingham, Alabama rapper Bam Bam Carter, has been identified as the body found in the burning trunk of a vehicle on June 8, 2017.

Carter’s body was discovered in the early morning hours of Thursday, June 8. Birmingham police and firefighters responded at 3:22 a.m. to a report of a car on fire at 2033 Fayette Avenue. When Birmingham Fire and Rescue Service extinguished the blaze, they discovered the body in the trunk of what appears to be a four-door sedan, said Birmingham police Sgt. Bryan Shelton.

Body found in trunk of burning car in Ensley

Birmingham police and firefighters responded at 3:22 a.m. to a report of a car on fire at 2033 Fayette Avenue

The car was off to the side in an alley, and so heavily damaged that investigators initially couldn’t determine the make or model. Carter’s body was also unrecognizable, and ultimately identified through dental records.

Those who knew Carter recognized his vehicle from news reports, and said he had not been seen since in the two days prior to the discovery of his body.(AL)

Carter’s promotional video says this about him: “Bam Bam gives a real look at what’s going on it the streets today. Hard lyrics with a message. Bam Bam gives back to his community and helps mentor the inner-city youth.”

No arrests have been made at this time