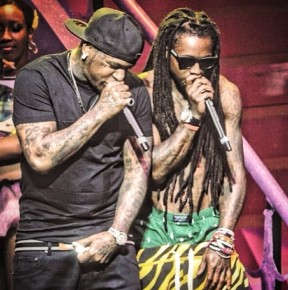 (Gossip-Grind News) Birdman Will Not Release Lil Wayne From Contract:

Lil Wayne has been very vocal about his desire to sever his ties with Cash Money Records and drop his highly-anticipated album The Carter V. It appears that Wayne’s words are falling on deaf ears, because Cash Money Records boss Birdman refuses to release the rapper from his contract.

Sources close to Birdman tell us … he’s deeply offended by Weezy’s public rants … claiming Birdman has tried to derail his career by refusing to release his new album. Weezy didn’t mince words, tweeting, “I want off this label and nothing to do with these people.”

Birdman is unmoved and vows to duke it out in court if necessary, because a contract is a contract.

As for the delay in dropping the album, we’re told Birdman says there’s lots of administrative work that goes into releasing a record, and Weezy is just a rapper, not a businessman, so what does he know?

Birdman still intends to release the album, but on his time, not Weezy’s.

Wayne has thrown down the gauntlet, calling himself a prisoner of the Cash Money music mogul. (TMZ)