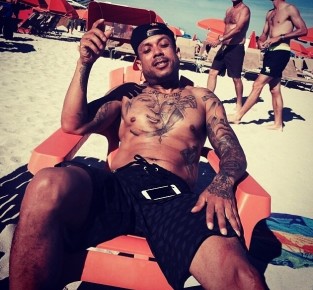 (Gossip-Grind News) Benzino Shot On The Way To His Mother’s Funeral:

Love & Hip Hop Atlanta cast member Benzino was shot today while on the way to his mother ‘s funeral. The rapper turned reality tv star was driving a Dodge SUV when his nephew reportedly pulled beside him in a Bentley and opened fire.

Raymond Scott, a rapper and reality television star who goes by the name Benzino, was shot by his nephew, Gai Scott, 36, of Randolph, the district attorney said.

“There has been growing family tension between Raymond Scott and Gai Scott,” Plymouth County District Attorney Timothy J. Cruz said in a statement.

The two were heading toward St. Peter’s Church in Plymouth for the funeral of Raymond Scott’s mother.

“At some point when the cars were side by side, Gai Scott fired several shots into the red Dodge SUV being driven by Raymond Scott,” the statement said.

Raymond Scott got out of this SUV and was taken to the Duxbury Police station by a passerby and then to a local hospital. There was no immediate word on his condition.

Gai Scott was arrested by Plymouth police and charged with assault with intent to murder.

Benzino was a member of rap group Made Men, before becoming a solo artist. He has appeared on the reality television show Love & Hip Hop: Atlanta, since 2012. 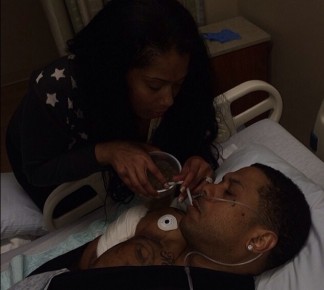