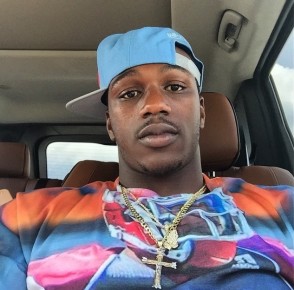 Prayers go out to the family of Baltimore Ravens cornerback Tray Walker. Walker died Friday, one day after being injured in a dirt bike accident in Liberty City, Florida. He was 23.

Walker was heading west on Northwest 75th Street on a Honda dirt bike when he collided with
a Ford Escape heading south on Northwest 21st Avenue, according to the Miami-Dade Police Department. The accident occurred at about 7:50 p.m. on Thursday, and police said Walker’s bike did not have headlights and that he was wearing dark clothing.

The intersection where the accident took place is a two-way stop. Walker was not wearing a helmet, Butler said.

Police said the driver of the Ford Escape stayed on the scene and was cooperating with detectives. Walker was believed to be riding the dirt bike recreationally with another NFL player, according to Butler, who said he did not know the name of that player.

Walker was treated at the Ryder Trauma Center in Miami’s Jackson Memorial Hospital. Butler said earlier Friday that his client was “fighting for his life.” (ESPN)

“Tray was a young man with a good and kind heart. He was humble and loved everything about being part of the Ravens’ team. He loved his teammates, the practice and the preparation, and that showed every day. He was coachable, did his most to improve and worked to become the best. I’ll never forget that smile. He always seemed to be next to me during the national anthem; then we would give each other a big hug. May he rest in the Peace of Christ Jesus forever.”

Walker dedicated his rookie season to his father, who died of a heart attack in 2014. The family spread Walker’s father’s ashes off the coast of Miami one day after Walker was drafted, his father’s birthday.