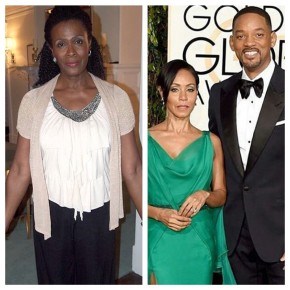 The bad blood between Janet Hubert and her former Fresh Prince of Bel Aire co-star Will Smith continues. Aunt Viv went in on Will and his wife Jada, throwing major shade and reading the couple like a book.

Hubert released a 4-minute video on YouTube calling out the Smith’s after Jada recently released a video voicing her desire to boycott the Oscars for the lack of diversity in their nominees (basically for not nominating Will for his wack ass movie).

“First of all, Miss Thing does your man not have a mouth of his own with which to speak?” the 60-year-old Hubert wrote.

“The second thing, girlfriend, there’s a lot of shit going on in the world that you all don’t seem to recognize. People are dying. Our boys are being shot left and right. People are starving. People are trying to pay bills. And you’re talking about some motherfucking actors and Oscars. It just ain’t that deep.”

“And here’s the other thing, for you to ask other actors, and other black actresses and actors, too, to jeopardize their career and their standing in a town that you know damn well you don’t do that,” she said.

Check out Hubert’s video below: