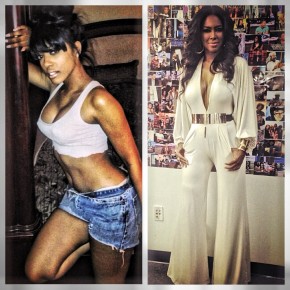 Porsha Williams is wanted by the law (pretty ass thug). An arrest warrant has been issued for the Real Housewives of Atlanta star.

ATL cops are going after Porsha over a fight she had with Kenya Moore on the set of the show. Porsha allegedly attacked Kenya, who filed a police report. The show has the raw footage, and that was enough to charge Porsha with misdemeanor battery — thus the warrant.

This is about to get real ugly…well, as ugly as it can possibly get with these two beautiful ladies.

There mug shots are gonna look like glamour shots.