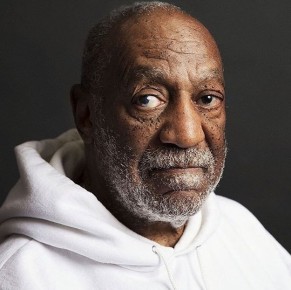 Bill Cosby’s fall from grace continues. An arrest warrant has been issued for the actor/comedian. Cosby is facing charges for an alleged sexual assault that occurred in 2004. This is the first time criminal charges have been brought against Cosby after being accused by dozens of women of drugging and/or sexually assaulting them.

“Today, after examination of all the evidence, we are able to seek justice on behalf of the victim,” Steele said. The charges were filed thanks to new information uncovered in July, Steele said, noting that the incident remains within the 12-year statute of limitations.

The felony charge came at the conclusion of a second investigation into allegations that the comedian drugged and assaulted former Temple University employee Andrea Constand in 2004. Constand first accused Cosby of assaulting her a year after the alleged assault. At the time, prosecutors declined to press charges. (The Washington Post)

Andrea Constand released the following statement via her attorney:

“On behalf of our client, Andrea Constand we wish to express our appreciation to the Montgomery County District Attorney’s Office, the County Detectives and the Cheltenham Police Department for the consideration and courtesy they have shown Andrea during this difficult time. We have the utmost confidence in Mr. Steele, Ms. Feden and their team, who have impressed us with their professionalism. In that this matter is now being pursued in the criminal justice system, we will not comment further.”

Cosby is charged with three counts of indecent assault and is facing up to five years in prison. An arraignment is set for this afternoon.