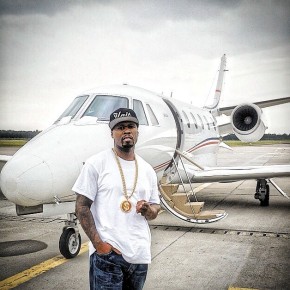 Hip hop mogul Curtis “50 Cent” Jackson has reportedly had his personal bank account frozen after failing to pay a massive $17.2 million judgement against him. The 39-year-old rapper was ordered in April to pay earphone manufacturer Sleek Audio nearly $4.5 million in attorney fees and $12 million in damages over a failed business deal. Sleek claimed 50 stole its design and then tried marketing it on his own.

Legal Lesson: If you don’t pay a judgment, the winner can garnish your wages and freeze your bank accounts.

A source connected to 50 tells TMZ the rapper has complete access to his business bank accounts … the only account affected by the judgment is his personal.

And it’s not like he’s broke. Forbes estimates 50’s worth at $140 million.
An attorney for 50 tells us they are appealing the Sleek Audio judgment, and the company has been “desperately attempting” to hold money from any accounts it can locate. He added … don’t worry about 50 because his assets are “appropriately protected.” (TMZ)