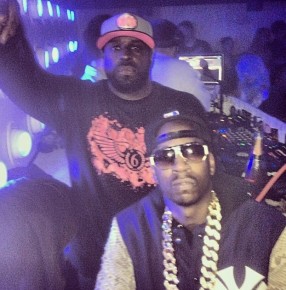 Funkmaster Flex recently appeared on ESPN’s Highly Questionable and was asked who had dropped the weakest freestyle on his radio show.

Flex responded “The Freestyle that wasn’t very good.. um it had to be 2 Chainz,” the radio personality continued, ” I think I caught him off guard, I think he didn’t expect me to ask him to do it , I’ve heard him freestyle on shows before , so I knew he could handle it, but I think that day he couldn’t handle it”

During his performance Wednesday at the Best Buy Theater for DJ Prostyle’s Birthday Bash, 2 Chainz took the opportunity to address the crowd and respond to Flex’s criticism.

“I don’t give a fuck what Funkmaster Flex says about this nigga from Atlanta.”
“I ain’t use no motherfucking help, I ain’t call no nigga for no favors, I got up here on my own, with my own trap money nigga, fuck you and what you think about me nigga!”