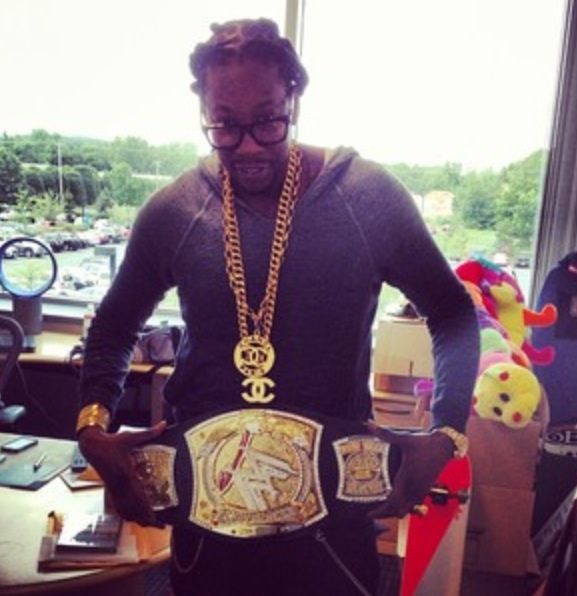 Atlanta rapper 2 Chainz continues to make headlines, Sunday it was reported that the rap star was robbed at gunpoint while in the Bay Area, and today the artist formerly known as Tity Boi was arrested in Los Angeles.

TMZ reports:
2 Chainz was just arrested at LAX … after cops allegedly found weed on the “I’m Different” rapper as he was trying to board an airplane, TMZ has learned.

Sources tell us … 35-year-old 2 Chainz is currently being booked for possession of marijuana after he was caught with pot in Terminal 5.

Just yesterday, 2 Chainz — real name Tauheed Epps — was tweeting about how impressed he was with the weed in San Francisco.