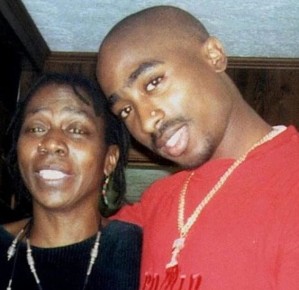 Afeni Shakur-Davis, the mother of legendary rapper Tupac Shakur, died Monday night. She was 69. The exact reason for her death is currently unknown.

The Sheriff’s Office responded to a report of possible cardiac arrest at Davis’ home around 9:30 p.m. on Monday night. She was transferred to a local hospital, where she died around 10:28 p.m.

The Sheriff’s Coroners Office will investigate the exact cause and manner of Davis’ death, the Sheriff’s Office said. (People)

Shakur-Davis managed Tupac’s estate since his death in 1996, which reportedly earns $900,000 a year. Afeni founded the Tupac Amaru Shakur Center for the Arts, which was based in Stone Mountain, Georgia. The center, which has since closed, offered training to young people in the arts in Atlanta.

In March, Afeni Shakur filed for divorce from her husband of 12 years, Gus Davis. Davis was seeking $10,000 a month in alimony from Shakur.