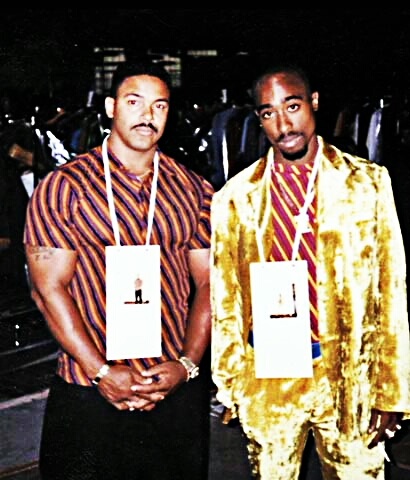 Frank Alexander, once bodyguard to hip hop legend Tupac Shakur has been found dead. Alexander was found dead in California and not many details have been released.

4UMF reports:
“While there is no word on the cause of Frank’s untimely death, however rumors are swirling indicating that it could have been a possible suicide.Frank and Tupac were friends as well as business acquaintances. When ‘Pac was gunned down on September 7, 1996 in Nevada, Frank was not present and often reflected on not being their in various interviews and documentaries. Frank has said that he wished he were there, and speculated as to whom he though could be responsible for Tupac’s death.Frank spoke with the Sabotage Times about the accounts that lead up to Tupac’s assassination and shared who he thought may have played a role in his murder. He revealed that Tupac got into a fight the night that he got shot, with Orlando Anderson, a Crip from the South side. Frank said that he thought that the fight between the member of the Crips Gang and Death Row may have played a role in Tupac’s untimely death.”

“Frank said that Suge Knight held him responsible for Tupac’s murder, and even went has far as to issue death threats. “One of the bodyguards called me up and said, ‘Hey, if you don’t testify for Suge then they want you dead.’ I’m like. ‘Who does?’ and he goes, ‘Death Row,’” Frank said.Tupac’s death weighed heavy on Frank’s heart and he paid tribute to his late boss and friend co-producing classic documentaries Tupac: Before I Wake (2001) andTupac: Assassination (2009), as well as writing Got Your Back (1998), about his time’s with ‘Pac.Prior to becoming a bodyguard, Frank served in the US Marines for 11 years, and was a champion amateur Bodybuilder, according to StreetHop.”